“No exams will be held in the country until June 15,” Shafqat Mahmood 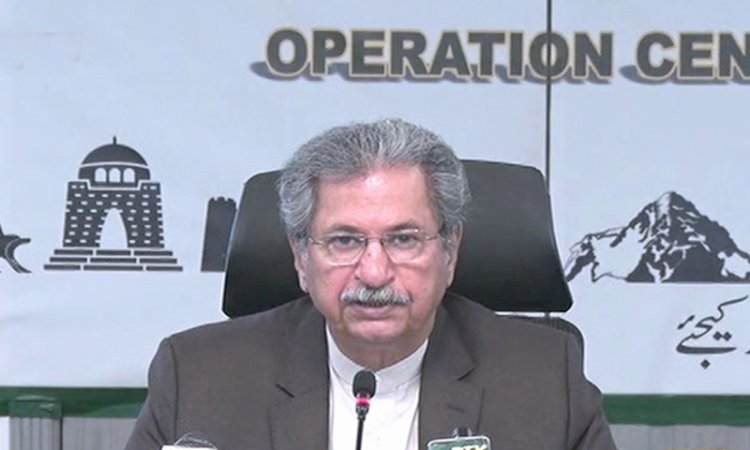 NCOC reviewed the situation of coronavirus in the country in a meeting on Tuesday and decided to cancel all the exams until June 15. In a tweet, Mahmood said the decision had been taken to address the "health concerns of students and parents".

"All exams cancelled till June 15 and depending on the spread of the disease may even go further," he wrote.

The federal education minister after the meeting informed in a press conference "It has been directed strictly that after Monday, more than 50 people will not be in one center. For that we have requested that schools be made venues," the minister said, adding that law enforcement personnel will be deployed to maintain discipline.

He further informed that O and A level exams had been canceled and would now take place in the October-November cycle. However, A2 exams will keep running for those students who want to appear for the purpose of applying to foreign universities.

He further said "We will continue analyzing [the situation] and in mid-May or in the third week of May, we will analyze the disease and a decision will be made whether to further postpone exams or allow them to take place. This means that if exams are started after June 15, they could go into July and some part of August as well," he announced.

"Pyare Khan" A hero for COVID Patients in India.

Universities Can Only Decide About Online Exam: Shafqat...