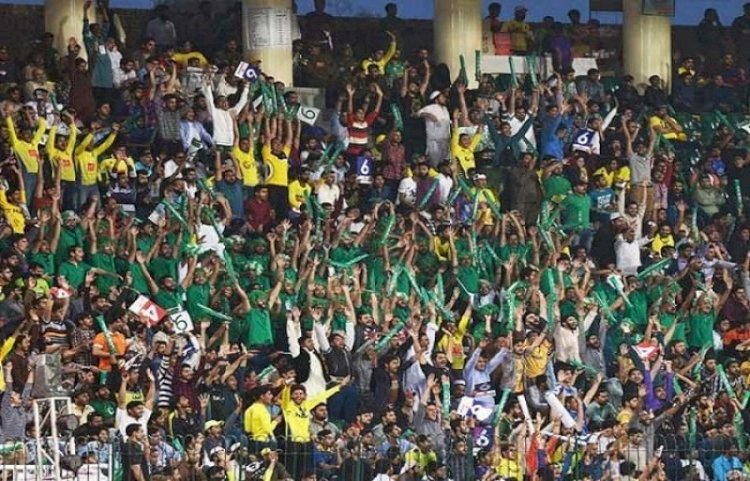 The government has decided to increase the crowd in the PSL matches for the rest of the season and fans are beyond excited.

On Wednesday, the National Command Operation Centre (NCOC) announced that about 50% of stadium capacity will be allowed to fill for all upcoming matches of PSLVI.

The allowed stadium capacity in the initially hosted matches was only 20%. This made fans disappointed with the lack of ticket availability and not getting a chance to watch their favorite team in the stadium.

Pakistan Cricket Board (PCB) has requested the government as well as the National Command Operation Centre (NCOC) to allow spectators in PSL matches.

According to the new regulations, after the increase in the allowed spectator limit, 17000 fans will be allowed in Karachi and 13000 in Lahore stadium for the rest of the PSL6 tournament.

As per the report for the playoff and final rounds, full attendance will be allowed in the Gaddafi Stadium, Lahore.

Last year’s PSL final was a solemn event as it was held without any audience after a huge gap because of the severe situation of the Covid-19 Pandemic in Pakistan.