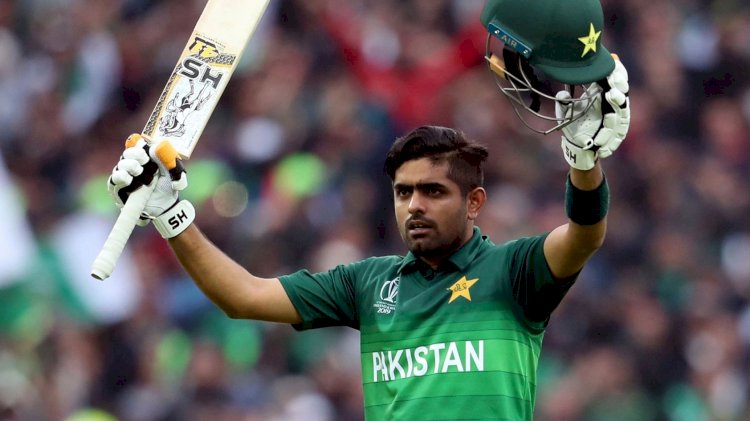 Pakistan captain Babar Azam made a brilliant 158 on Tuesday, against England played at the Edgbaston Stadium, Birmingham which is also his highest one-day international score.

The top-ranked batsman played the biggest innings by any Pakistani in an ODI as a captain. The 26-year-old set another honor by becoming the first Pakistani captain to score a century in England after 38 years.

Before Babar Azam, Imran Khan (Prime Minister) had hit a century in Leeds in 1983.

On Tuesday’s day-night match, he played splendidly as he returned to form and made a record of 158 runs.

The top batsman also made a record of the highest ODI partnership of 179 runs with Muhammed Rizwan against England.

Previously, Babar stated that it was a bad day for him along with his team. “Unfortunately, the day was bad for us. The bowling by England bowlers was remarkable and credit goes to them,” he said.

“As I mentioned, it was a bad day, we will have a meeting to discuss what went wrong. We will try to defeat our weaknesses and emerge stronger,” he had added.

He further stated: “I will sit with my team to give them confidence and tell them not to get worried. We will bounce back inshallah,” he concluded.

After England’s previous squad tested positive for Coronavirus, he was questioned if his team thought of cancelling the trip. On that, he stated: “No, we didn’t think about it, in actual we didn’t have this even in our minds at any time.”