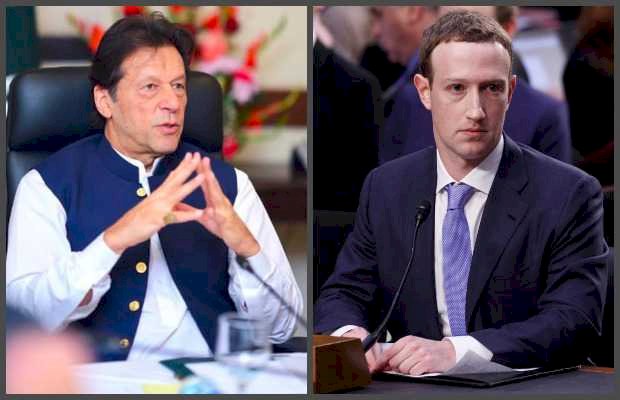 Prime minister Imran Khan, wrote to Mark Zuckerberg, CEO of Facebook and social media tycoon, in which he requested the ban of islamophobic content on social media.

Imran, in his letter that he wrote on Sunday, asked for the ban on islamophobia similar to the way Facebook has placed for the Holocaust.

Prime Minister wrote, “I am writing to draw your attention to the growing Islamophobia that is encouraging hate, extremism, and violence across the world and especially through the use of social media platforms including Facebook.”

He then went on to appreciate the ban placed on appreciation or critique of the Holocaust, and then pointed out how similar Islamophobic content is to it and is creating the same outrage and sentiment damage.

He said that a similar situation is faced by Muslims. "Unfortunately, in some states, Muslims are being denied their citizenship rights and their democratic personal choices from dress to worship. In India, anti-Muslim laws and measures such as CAA and NRC as well as targeted killings of Muslims and blaming Muslims for coronavirus are reflective of the abominable phenomenon of Islamophobia," the letter stated.

He also pointed out how Islam is wrongfully being associated with violence and extremism in France.

PM ended by saying, "Given the rampant abuse and vilification of Muslims on social media platforms, I would ask you to place a similar ban on Islamophobia and hate against Islam for Facebook that you have put in place for the Holocaust."

Khan requested that all hate must be speech banned and demanded from Facebook to not pick and choose who to protect.