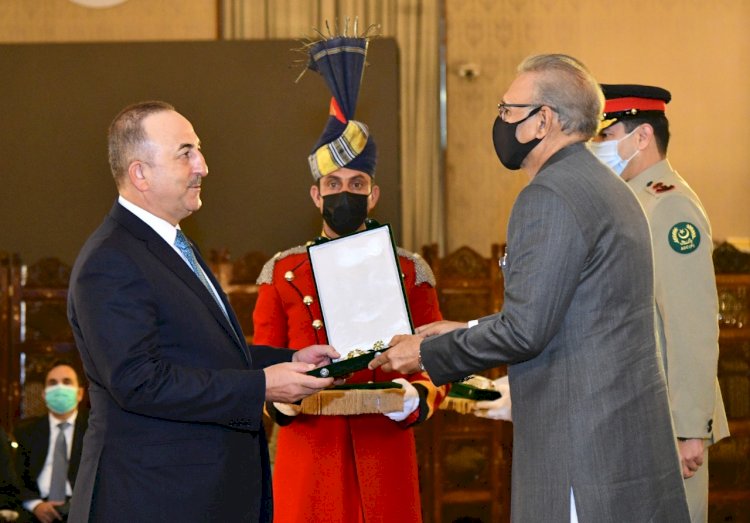 The awarding ceremony was held in honor of the Turkish Minister at Presidential Palace in Islamabad. It was attended by different ministers including Foreign Minister Shah Mahmood Qureshi.

After the ceremony Turkish Foreign Minister and his Delegation of Turkish offocials had a meeting with President Arif Alvi.

In the meeting President recognised Pakistan’s excellent relations with Turkey and said that they should work on enhancing the cultural as well as economic affairs between the countries.

He informed the visiting FM about improvement of Pakistan’s ranking in Ease of Doing Business and that it is a great opportunity for Turkish businessmen and investors to capitalize and avail.

He also shared his great satisfaction on the fact that Turkish investment in Pakistan has grown to more $1bn.

Foreign Minister of Turkey Mevlut Cavusoglu escorted by his delegation arrived in Pakistan yesterday on a 3 day visit that is part of normal bilateral relationships.

Misbah Loses His Selection Powers Babar To Have The Final Say