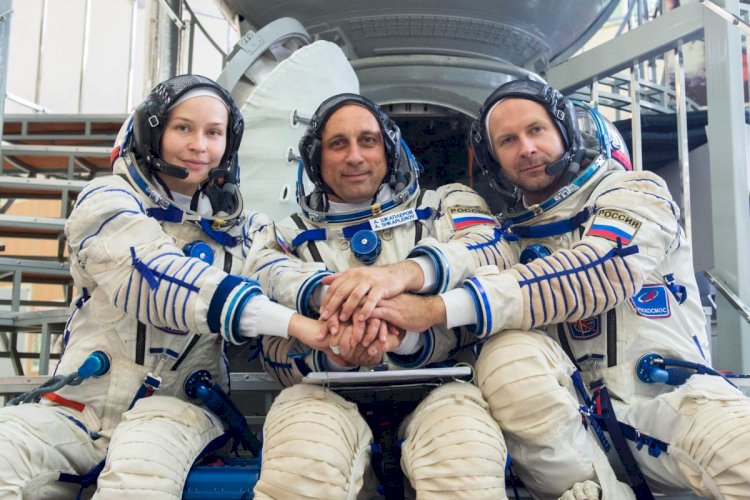 On Tuesday, a Russian actress and director arrived at the International Space Station (ISS) in a bid to best the United States and film the first movie in orbit.

The Russian Crew is all set to beat the Hollywood project that was announced last year by “Top Gun” star Tom Cruise together with Nasa and Elon Musk’s SpaceX.

Actress Yulia Peresild, 37, and film director Klim Shipenko, 38, took off from the Russia-leased Baikonur Cosmodrome in ex-Soviet Kazakhstan as scheduled.

Russian Space Agency Twitted on their account and welcomed the Russian crew to the International space station.

The crew traveled in a Soyuz MS-19 spaceship for a 12-day mission at the ISS to film scenes for “The Challenge”.

Read More: World's First Space Hotel will make your Dream of Vacationing in Space A Reality.

The movie’s plot, which has been mostly kept under wraps along with its budget, was revealed by Roscosmos to center around a female surgeon who is dispatched to the ISS to save a cosmonaut.

Peresild shared his experience and said that it was difficult psychologically, physically, and emotionally. But I think when we reach our goal all the challenges won’t seem so bad. She was selected out of 3,000 applicants for the role.

PSL 2020 Anthem has released and Everyone is Missing Ali...