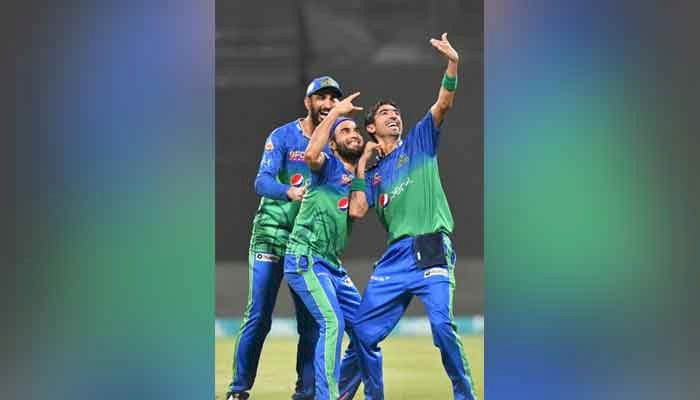 Quetta Gladiators' chance of winning the Pakistan Super League (PSL) title for the second time ended on Wednesday after losing the match against the Multan Sultans and crash them out of the sixth season at Abu Dhabi's Sheikh Zayed Cricket Stadium.

Imran Khan Snr started a good game by taking the important wickets of Jake Weatherald (19) and Cameron Delport (0) in the fourth over. A confusion between Sarfaraz Ahmed and Usman Khan in the sixth over, push Quetta down by three.

After an over, Zimbabwe’s Muzarabani took the wicket of Azam Khan to put Quetta further down. Quetta still had some hope as their captain was standing at the crease but in the ninth over, Sarfaraz was forced to leave the ground when he was caught by Imran Tahir in Sohail Tanvir’s over.

Then Tahir bowled the 10th over of the match. In his over, he took the wickets of Mohammad Nawaz, Hassan Khan, and Khurram Shahzad. Later in the 12th, he dismissed Usman Shinwari to push Quetta down by nine. And In the 13th over, Shahnawaz Dhani dismissed the last batsman of Quetta to drop the Gladiators for 73.

The 73 runs scored by Quetta Gladiators was so far the second-lowest total in PSL. Multan Sultans won the match by 110 runs. Previously, Multan had given a 184-run target for Quetta. However, the Gladiators were successful in getting a much-needed breakthrough when Khurram Shahzad took the wicket of Sultans’ skipper Mohammad Rizwan for 21 runs in the 9th over, whereas Zahir Khan dismissed Sohaib Maqsood for five runs in the 10th over.

Hassan Khan was successful in getting the important wicket of Shan Masood (73) in the 14th over, whereas Rilee Rossouw (2) was forced to leave the ground by Mohammad Nawaz. In these setbacks, Sultans still kept the scoreboard ticking, with good batting from Johnson Charles (47) till Shahzad took his wicket in the 18th over.