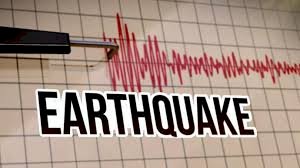 The Swat district of Khyber Pakhtunkhwa was hit by a moderate earthquake on Thursday.

The intensity of the earthquake was recorded 4.5 on the Richter scale and depth was 40 km making the national seismic monitoring declare it a moderate scale earthquake.

The Pak-Afghan border is said to be the epicenter of the earthquake. No loss of property or life was reported.

In the last month, on October 18 an earthquake of 4.7 magnitudes was recorded in the area of Mingora Swat and surrounding areas. The epicenter of that earthquake was the Hindukush mountain range. The depth of the earthquake was 100 km according to the seismology department.