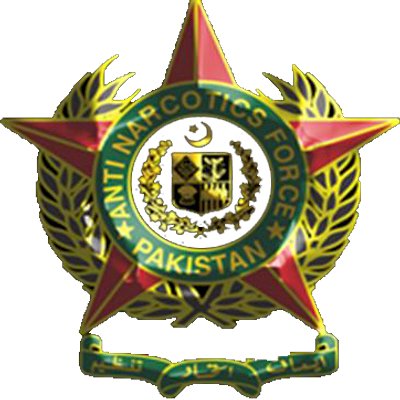 In a high-profile ceremony held at the Headquarters Anti Narcotics Force (ANF), UNODC Country Office Pakistan (COPAK) handed over advanced IT equipment, personal protection gear and 20 Narcotics-Sniffer dogs to the ANF through funding support by the Government of Japan. Mr. Azam Khan Swati, the Federal Minister of Narcotics-Control and H.E. Mr. Kuninori Matsuda, the Ambassador Of Japan to Pakistan were also present at the occasion.

While welcoming the delegates Mr. Ali Zulnoorain Sheikh, PSP, Deputy Director General ANF thanked the Federal Minister of Narcotics Control and the Ambassador of Japan for gracing the auspicious occasion. He offered gratitude to Mr. Jeremy Milsom, Representative and other Senior Officials from UNODC (COPAK) for providing regular technical support to the Anti Narcotics Force and other members of Pakistan's Inter Agency Task Force (IATF) on counter Narcotics. The IT equipment included hardware for automating Pakistan's National Precursor Management System (NPMS), as well as networking among the ANF and other IATF members.

20 Narcotics- Sniffer Canine dogs and 40 bulletproof vests and helmets were also handed over to the Anti Narcotics Force by UNODC COPAK, under the Japan-funded project 'Strengthening border security against illicit drug trafficking and other transnational organized crime (2016-2020).

Read More: Sindh to Register Madrasahs as Schools through the Education Department.

In his remarks, Mr. Jeremy Milsom said "It is indeed a great feeling and privilege to support a highly professional and competent force like the Anti Narcotics Force, in its continuing efforts to save the world from drug trafficking and drug abuse — the greatest challenges of our times. UNODC COPAK well-recognizes ANF's leading counter-narcotics role and that it will always remain UNODCs main partner in Pakistan".

Mr. Kuninori Matsuda assured that the Government of Japan continues to accord a high priority to the peace-security-development nexus and therefore, it will continue endeavors to build Pakistan's counter-narcotics capacity. He also recognized Anti Narcotics Force as the leading counter narcotics law enforcement agency of Pakistan. He also offered condolences on the recent sacrifices made by ANF personnel in the line of duty, whereby four ANF personnel were martyred during two major encounters with the drug trafficking networks.

In his closing remarks, Mr. Azam Khan Swati. the Federal Minister of Narcotics-Control highly appreciated regular and sustainable capacity-building support by the Government of Japan as Pakistan's long-term strategic partner through UNODC. He highlighted the vision of Prime Minister Imran Khan to address the growing challenge of narcotics trafficking by adopting a collective, coherent and multilateral approach. He reiterated that Pakistan, as a law abiding country is not going to tolerate the menace of trafficking and its negative consequences upon the health and socio-economic development in Pakistan.