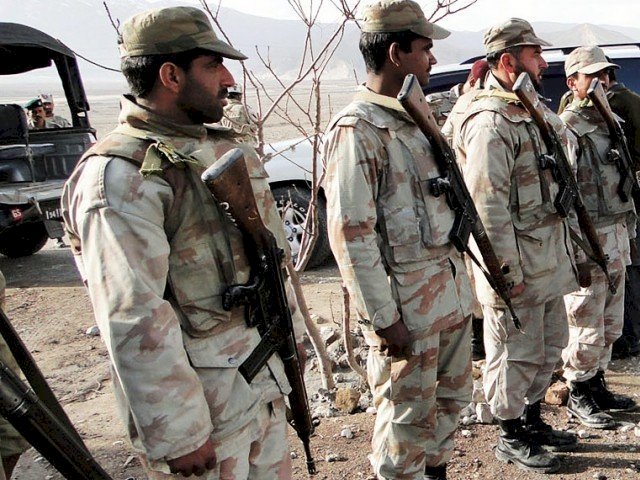 In a gun attack on a Frontier Corps (FC) Balochistan post in Harnai district of Balochistan, 7 soldiers have martyred this attack. The military's media wing announced on Sunday.

On Saturday night, the "terrorist fire raid" targeted an FC post located in the Shahrag area of Harnai.

"During [an] extreme exchange of fire, 7 soldiers have martyred while repulsing attacking terrorists," an ISPR spokesman said.

It said the area had been restricted and escape routes were blocked to capture the fleeing criminals. A grand search and clearance operation was in progress in the Shahrag area.

The ISPR said, "these types of cowardly acts by antagonistic elements supported by anti-state forces will not be allowed to kill the peace and prosperity in Balochistan." He further said that the security forces were already prepared to "prevent their evil designs at all costs".

Prime Minister Imran Khan tweeted a  post in condolences and prayers to the families of those seven soldiers. He said "disheartened to know about the shahadat of the soldiers in the attack. My heartfelt condolences & prayers go to their families. Our nation stands with our brave soldiers who face attacks sponsored by Indian terrorists," he wrote.

On Dec 20 in the Awaran area, a similar incident took place in which 10 terrorists were killed in a gun battle with FC during an intelligence-based operation in Balochistan's Awaran area. However, in  firing on security forces, which resulted in the martyrdom of Lance Naik Mohammad Iqbal

PDM Leaders In Larkana At The Death Anniversary Of Benazir Bhutto