Dilip Kumar has passed away in the early hours of Wednesday, July 7, and is survived by his beloved wife Saira Banu.

Pakistani celebrities expressed their deep sorrow over the death of veteran Bollywood actor Dilip Kumar, who died at the age of 98.

Dilip Kumar’s death news was shared on his official Twitter handle in the early hours of Wednesday morning.

Pakistani showbiz stars turned to social media to grieve the death of a legendary Bollywood actor.

Kübra Khan took to Instagram where she shared a throwback photo of Dilip Kumar to pay rich tribute to him. She wrote, “At the end, everything will end and everyone will return to whom we belong to. One more star will be added in the sky tonight. May the Barzakh be easy on you. #RIP #DilipKumar #MohammedYusufKhan #Legend.”

Yasir Hussain turned to Instagram and posted an old photo of a Bollywood actor and wrote, “RIP Yousuf Khan sahib aka Dilip Kumar.”

Zoheb Hassan also shared a rare photo, featuring Dilip Kumar, himself, and Nazia Hassan and prayed for the departed soul. 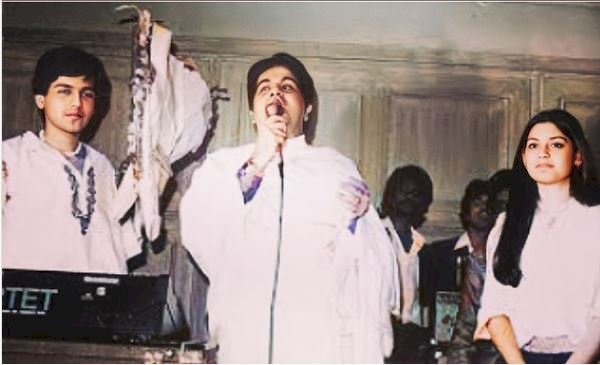 He wrote, “Bollywood legend, #dilipkumar introducing us to Delhi at the #DiscoDewane launch ceremony. He stated, "Nazia & #ZohebHassan are like my own children and from now onwards I am their God Father in India." God has now called you back like He did #NaziaHassan. RIP my dear Kumar sahib you will be greatly missed.”

The Presence Of Different Variants In Pakistan Confirmed By NCOC

The Government Decided to Construct International Airport in Skardu.