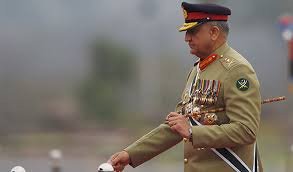 Instruction is given to the soldiers in Kashmir by army Chief General Bajwa to broaden their support to the local residents who are being affected by the Indian CFVs who intentionally violating the ceasefire and targeting local people living near LOC.

In a recent report, the army chief General Bajwa visited the forward positions of the armed forces at Chamb Sector besides the Line of Control

“COAS was briefed on the latest operational situation including Indian Cavalry Fighting Vehicles knowingly target the population residing along with Line of Control,” read the ISPR statement. “interact with officers and men, COAS appreciated them for persistent awareness and outstanding preparation for the operation.”

Read More: Karachi Incident Under The Radar Of COAS Bajwa

According to the ISPR, General Bajwa requested the military to remain committed and fulfill their duties with utmost devotion and loyalty.

Pakistan Back On Its Feet With The Return of British Airways