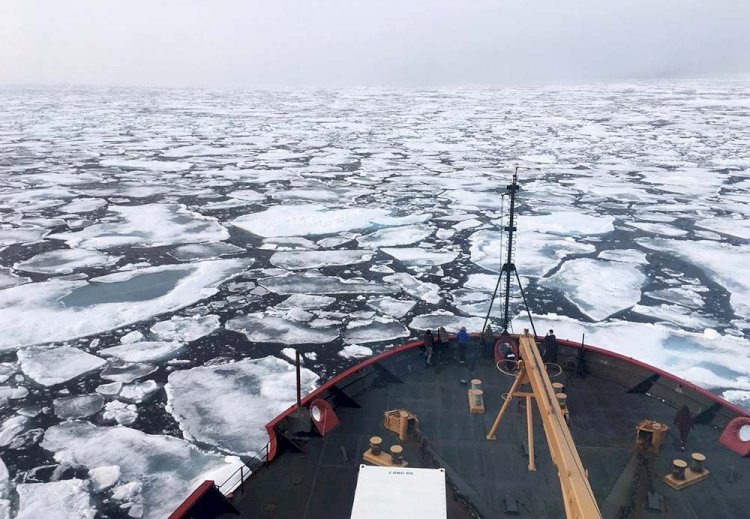 Scientists have revealed that due to the rising temperatures in the Arctic, the ice covering oceans in the poles has contracted to its lowest in the last four decades.  This is again the sign of the dramatic effect caused by climate change and how it is changing the region rapidly.

According to the statistics recorded by satellite, this year’s sea ice minimum was found at 3.74m sq km that was on the 15th of September. The researchers proclaim that in 40 years of record-keeping, the ice has been measured twice below 4m sq. km and this is one of those times.

The record low was in 2012 when an unexpected cyclonic storm had broken the ice.  The lowest was recorded at 3.41m sq. km which is not far from the minimum today.

As mentioned in reports, the decline this year was particularly fast from 31st August to 5th September owing to the heatwave in Siberia. Researchers are of the view that man-caused climate change is responsible for the Siberian heatwave. It is also an important thing to be pointed out that the shrinking of the ice in these six days was faster than any year before.

However, the shrinking of the ice not only upsets the climate, but it increases sea level and threatens arctic wildlife.

Where scientists feel that this was a devastating loss to the climate, they weren’t surprised at all. They are getting higher and higher numbers in terms of the decrease of sea ice each year.

The level of concern has led to a high alert situation. The scientists have highlighted that the situation calls for an emission reduction to bring the wanted change.