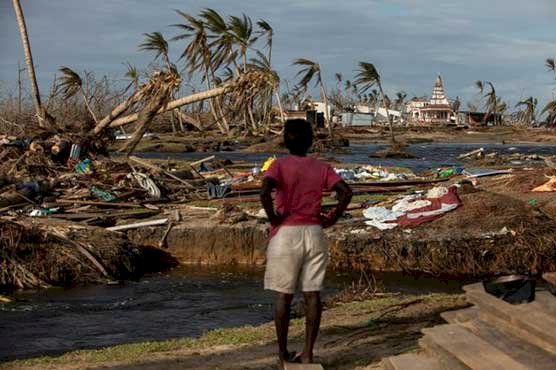 The United Nations issued a warning on Tuesday regarding the rise in hunger levels across much of Central America as countries fight economic crises due to the Covid-19 pandemic and extreme climate events.
The UNs World Food Programme elaborated that levels of hunger had the severity of almost four times in El Salvador, Guatemala, Honduras, and Nicaragua, from 2.2 million people influenced in 2018 to nearly eight million now.

Of that figure, around 1.7 million people are considered to be in the crisis of food insecurity, meaning they require urgent food assistance, WFP said, urging more international support.
According to the UN agency, the region, where years of the dry spell and unpredictable weather had already upset the food production, had been worse affected by the record 2020 Atlantic hurricane season.
Hurricanes Eta and Iota, which hit Central America in November 2020, worsened the lives of 6.8 million people who lost their homes and livelihoods, WFP added.
The hurricanes hit as the pandemic was already playing a destructive role, and dealt a devastating blow to millions who had previously been less affected by hunger. It includes people, working in the service economy and the tourism sector.

More than 200,000 hectares of vital crops across the four countries and more than 10,000 hectares of coffee farmland in Honduras and Nicaragua are destroyed by the hurricanes.
WFP regional chief for Latin America and the Caribbean Miguel Barreto said "by observing the level of destruction and difficulties faced by those affected, we expect this to be a time-taking and slow recovery,".