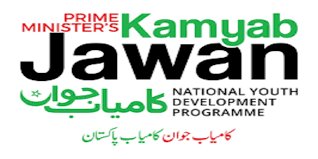 Out of 90 young people who were declared eligible for the loan, 82 people were able to take loans of 150 million PKR by banks.

Kamyab Jawan is a financial support program that approves the application only from the applicants with a valid and fruit-bearing idea of business or entrepreneurship. This facility is for the betterment of the country and applications are approved accordingly.

The Russian crew returns from the ISS after 12 days shooting

TLP marchers are leaving for home right after the recent...