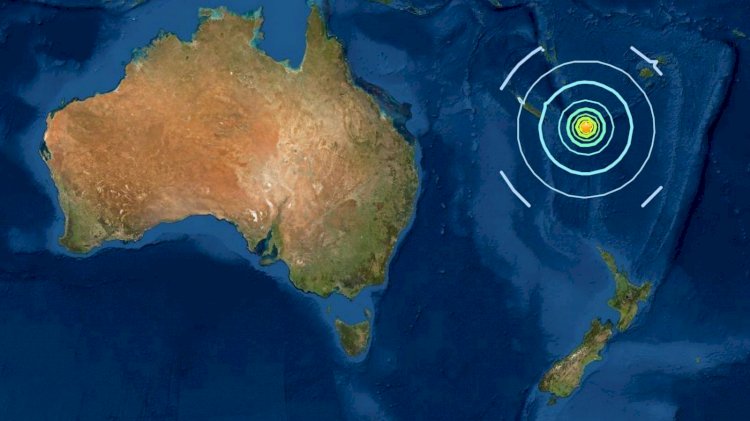 A 7.7-magnitude earthquake hit the South Pacific on Thursday, causing a tsunami that endangered island nations in the region.

According to the US Geological Survey, the quake hit just after midnight on Thursday. The local time was 1320 GMT Wednesday, it was about 415 kilometers (258 miles) east of Vao in New Caledonia at a depth of 10 kilometers.

Dangerous tsunami waves were expected on some coasts, stated by the US government’s NWS Pacific Tsunami Warning Centre. It elaborated, that waves reaching between 0.3 and one meters above the tide level were expected for Fiji, New Zealand, and Vanuatu.

The Australian Bureau of Meteorology also confirmed a tsunami occurrence in a tweet. It warned of a hazard to Lord Howe Island, which is about 550 kilometers (340 miles) east of Australia’s mainland.

According to a statement released by the New Zealand National Emergency Management Agency, people in coastal areas are advised to move away from waterfronts.

As predicted by the disaster agency, New Zealand coastal areas are forecast to face strong and unusual currents and unpredictable surges at the shore following a magnitude 7.7 earthquake.

People near the sea in the mentioned areas should move out of the water, off beaches and shore areas. They were also warned to stay away from harbors, rivers, and estuaries. It includes the far north of New Zealand’s north island, the Great Barrier Island east of Auckland, and a stretch of coast along the country’s east.

No loss of life or damage from the tsunami or the quake were reported till now. It was initially recorded by USGS at magnitude 7.5, later revised to 7.7.

In 2018, a 7.5-magnitude quake with a subsequent tsunami struck Indonesia’s Sulawesi island. More than 4,300 people were found dead or missing.

Another 9.1-magnitude quake hit the coast of Indonesia’s Sumatra island in 2004, generating a tsunami that has taken 220,000 lives throughout the region. Considered as one of the deadliest natural calamities in recorded history, the death toll included around 170,000 in Indonesia.