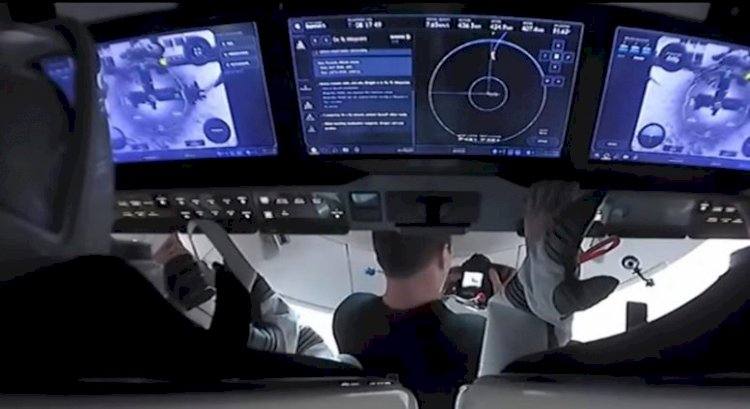 Strapped inside the SpaceX Crew Dragon capsule, four astronauts of SpaceX have returned and landed on the Gulf of Mexico. The Dragon vehicle, dubbed Endeavour, parachuted into the sea as planned just after 3:30 pm GMT on Tuesday, following a fiery re-entry and descent that NASA streamed live.

Live video captured the capsule coming to Earth like a meteor and streaking the night sky over Gulf before splashing down.

There was applause from the flight control center as four main parachutes inflated above the capsule, slowing its speed to about 24 kilometers per hour from 15 miles per hour, before dropping into the calm sea.

“Endeavour, on behalf of SpaceX, welcome to the home planet”, flight control told the crew.

“It’s great to be back”, replied one of the astronauts.

Read The Russian crew returns from ISS after 12 days shooting

Since arriving at ISS six months ago, the crew of two Americans, a French man, and two Japanese astronauts conducted hundreds of experiments and helped and helped upgrade the station’s solar panels.

The crew stayed 90 minutes in the loop during their 8 hours journey for ISS to take photographs, the first such mission since a Russian Soyuz performed a similar act back in 2018.

As the capsule entered the atmosphere, recovery vessels were shown heading towards the sea for waterproof Crew Dragon. The astronauts and capsule were expected to be hoisted out of the sea within one hour, said NASA. The crew departure was delayed by the day due to strong winds.

The weather and some medical issues have pushed back the launch of the next set of astronauts- the Crew-3 mission- which is now set to launch on Wednesday, as NASA reported.