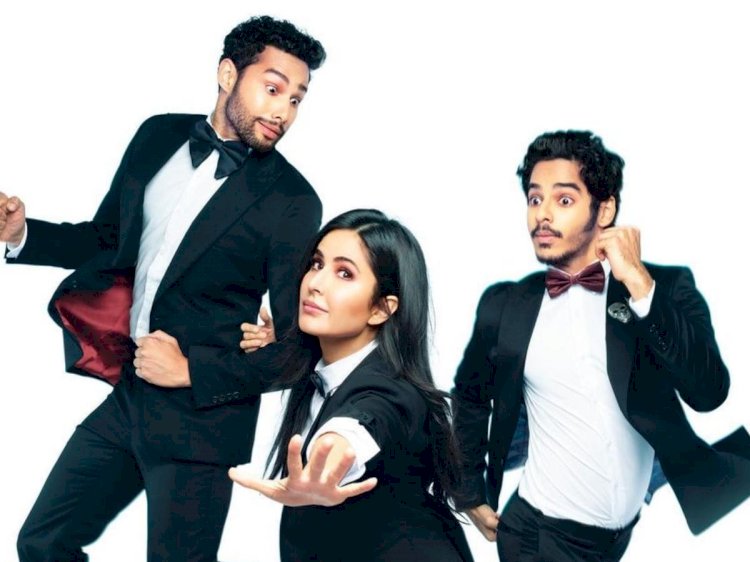 Katrina Kaif, Siddhant Chaturvedi and Ishaan Khatter are in the news with their upcoming film ‘Phone Bhoot’. The three stars will be working together for the first time and the film is advertised to be known as Desi Ghostbusters. During the official announcement of the Phone Bhoot, the makers of the movie shared a poster featuring the trio, in which they were seen, all suited up in men’s formal dinner suit all three are having a surprised expression on their faces.

According to a recent report, the shooting of Phone Bhoot will go on floors by November end.
The report also mentioned that a portion of the film, which revolves around three ghostbusters, will be shot in Goa followed by a Mumbai schedule.

Considering the current situation of the covid-19 pandemic, the moviemakers have guaranteed the safety of the entire crew of “phone Bhoot”. They have to obey the SOPs which were issued by the authorities.

On the work front, Siddhant will be seen in Shakun Batra’s untitled next where he will be sharing screen space with Ananya Panday and Deepika Padukone.

On the other hand, Katrina will also be seen in Rohit Shetty’s ‘Sooryavanshi’ co-starring Akshay Kumar in the lead role and also has Ali Abbas Zafar’s superhero series in the pipeline.