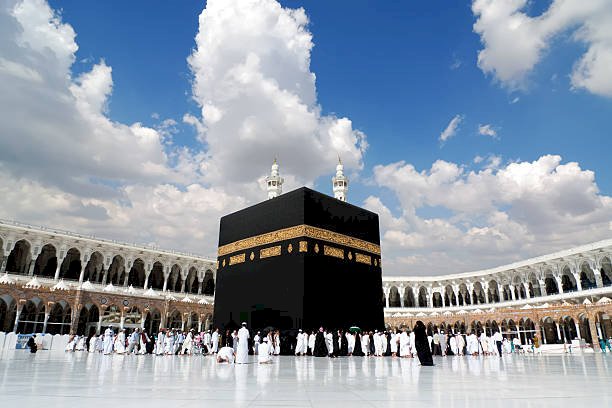 While addressing the ceremony via videoconference, Al-Qasabi stated that It's an honour for the kingdom’s leaders and citizens to serve the Two Holy Mosques and all pilgrims or visitors.

“The country’s government has permitted all the sectors concerned to facilitate the service of pilgrims, and to tackle all the security, safety and health services to let the pilgrims perform the rituals of Hajj with ease,” he added.

According to Al-Qasabi, the Hajj pilgrimage of 2021 will be the second under the special circumstances due to the COVID-19 pandemic and takes place while new variants of the coronavirus still emerging.

He further stated that the decision to limit Hajj to 60,000 pilgrims, with all from inside the Kingdom, intends not only to protect them but also to ensure that their rituals can be carried out as safely as possible, reported by Arab News.

Abdul Rahman Al-Sudais stated that the authority is working to set up all possible health precautions, and ensuring that the Hajj rituals can take place with an enriched experience, and proper hospitality is provided per the Kingdom’s Vision 2030.

About the water facility to pilgrims, Al-Sudais stated that the bottles of sterilized Zamzam water will be hand out by the presidency.

The latest artificial intelligence (AI) technology will be working for water distribution using robots and high-tech smart vehicles, as per precautionary measures.

According to Al-Sudais, over 800 manual and electric vehicles will be provided to help people move around within the Grand Mosque as well as its courtyards and to facilitate the elderly and the disabled pilgrims to perform their rituals.

He also disclosed that around 5,000 workers have been hired to sterilize the Grand Mosque, including its courtyards and other facilities 10 times a day, by using over 60,000 litres of disinfectant and the latest cleaning technologies.

It has also planned to provide gifts of umbrellas and sterilizers, to make it safer, easier, and more comfortable for pilgrims to perform their rituals.

He further said that the president’s plans, organized in cooperation with the Ministry of Hajj and Umrah as well as other concerned authorities, also included a rise in the number of paths inside the mosque.

Al-Sudais stated the sermons in the Two Holy Mosques and the Arafat Day’s sermon will be translated into ten languages for approximately 100 million listeners.