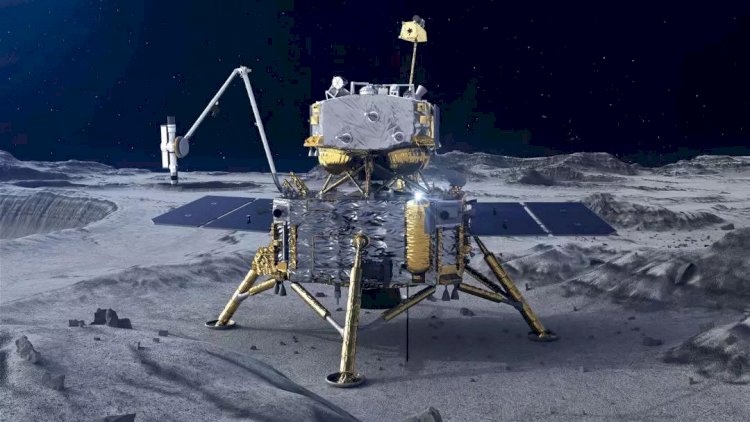 China has successfully landed its spacecraft Chang’e-5 on the surface of the moon on Tuesday. It is a historic mission of retrieving a lunar surface sample.

The spacecraft was named Chang’e-5 after the Chinese mythical goddess of the moon. The Chang’e-5 probe was launched on the 24th of November.

It is an unscrewed robotic mission, where the goal is to retrieve back to earth a sample of lunar rock. The purpose is to help scientists understand the moon and its origin.

The Chang’e-5 probe will make an attempt to collect 2kgs of lunar samples from an area that has not been visited before. According to reports, the area is a huge Lava plain called “Oceanus Procellarum”.

If the Chinese are successful in their mission, they will become the third country in the world to retrieve samples from the moon. The first two are the United States of America and the Soviet Union.

The landing vehicle from the Chang’e-5 probe will do it by drilling into the surface with its inbuilt robotic arm and transfer the sample rock and silk which will lift off.

According to reports, the process of the collection will begin in the next 2 days. The samples will reach earth through a return capsule which will land in the inner Mongolia region of China.

China’s first landing on the moon was in 2013. Since then, it has also sent a Chang’e-4 probe too.