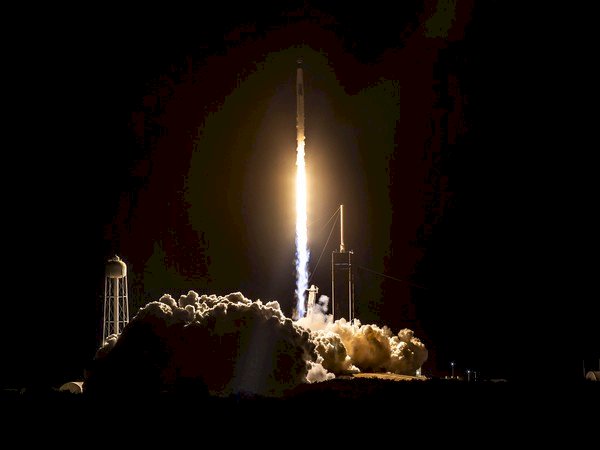 CNN reported that the spacecraft moved smoothly toward the International Space Station, closing the gap before bolting onto a dock on the ISS's center module.

The ISS and the spacecraft were traveling at almost the same speed, which is more than 17,000 miles per hour, the speed necessary to keep objects tracking and revolving the Earth.

Read More: 4G On The Moon

A live streaming session is expecting in NASA today around 12:30 Pm "Welcome ceremony" when the four astronauts Michael Hopkins, Victor Glover, Shannon Walker, and Soichi Noguchi are safely able to exit from their spacecraft for the very first time since Sunday.

The four astronauts will join the NASA astronauts who are already onboard the International Space Station naming as Kate Rubins and Russian Sergey Ryzhikov and Sergey Kud-Sverchkov.

SpaceX and NASA have been working together for ten years to return human spaceflight capabilities to the United States and ensure the multibillion-dollar ISS stays fully staffed.

Read More: Lenovo Comes With Its Own Version Of Alexa

Space X used their official Twitter account and said, "Falcon 9 launches Crew Dragon on its first operational flight with astronauts on board, beginning regular crew flights to the @space_station from the United States."

It further reported that the journey would have been more precise had the Crew Dragon been able to launch on Saturday, as NASA first planned because the ISS would have formed on a pattern that allows the spacecraft to reach ISS  in about eight hours. However, the plan was unsuccessful due to Hurricane Eta.