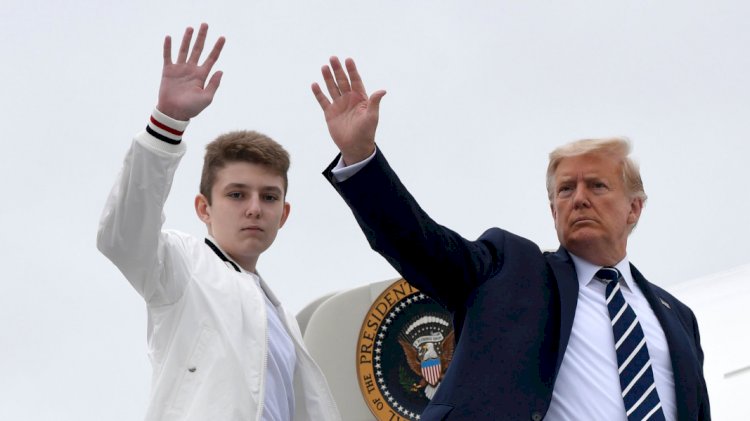 Barron Trump, Donald Trump's teenage son has tested positive for coronavirus as revealed by her mother , the First Lady Melania Trump. The revelation was made in a public statement by the first lady. she also revealed that the Presedent Trum is trying his best to distract himself from coronavirus during reelection fight.

Melania Trump informed in a statement that as soon as they tested positive for Covid-19, , “Naturally my mind went immediately to our son.”

But, she said, "luckily he is a strong teenager and exhibited no symptoms".

“Barron Trump, you know, he had the Corona 19,” Trump said Wednesday night at a rally in Iowa. “He had it such a short period of time I don t even think he knew he had it.”

He told the crowd: "Barron's tested positive. Within, like, two seconds it was Barron is just fine now. He's tested negative, right?

"Because it happens. People have it and it goes. Get the kids back to school."

Trump who has spent three nights in the hospital because of his health is trying to keep the situation under wraps. Barron s fine,” Trump told reporters earlier at the White House as he left for the rally in Iowa switching to the topic his choice that  is Re-election

How To Create Strong Passwords