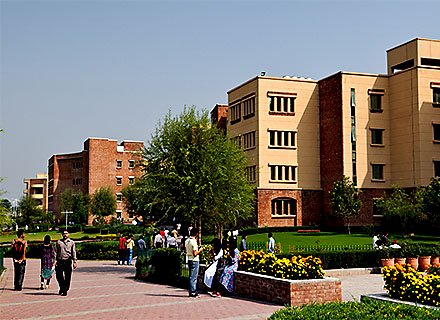 The stay orders are permitted to 68 employees of the Comsats University Islamabad against the alleged unlawful demotion by the Islamabad High Court (IHC) on Wednesday.

The Comsats employees had contacted the IHC through Advocate Shoaib Shaheen while calling the demotion ‘illegal’. They claimed that many other unfair and unlawful practices are being carried out by the university administration.

Justice Miangul Hassan Aurangzeb granted the stay order to the employees and issued notifications to the concerned authorities in the university. The decision of demotion was taken in the 4th meeting of the Comsats University Senate under the new administration, according to the appeal.

As stated by the sources, the new management who is responsible for handling the university affairs has created many problems for the Comsats as it is a public sector university, so it depends to a great extent on fees by the students and government funding. Multiple cases against this university will lead to spending millions of rupees on fighting cases in courts.

The fourth meeting of the Senate of CUI, on January 20, cancelled the promotion of 68 employees of the Comsats University in 2018.

Read More: Petitioner Asks For The Annulment Of CSS Exams 2019

The decision of sending the employees back to old scales was approved, which was a challenge to the distressed employees in IHC. The employees also appealed in the court by raising the issue that the Senate subcommittee is illegal, which decided demotion.