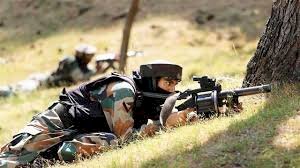 The unprovoked firing along the LOC by the Indian Army in Broh and Tandar martyrs a young 15 years old Pakistani boy leaving 4 Injured. This ceasefire violation was targeting innocent civilians as revealed by the military media wing, Inter-Service Public Relations (ISPR).

Indian army lethargic actions continue on the LoC and the Working Boundary (WB) where they target civilians. The weapons they use to target civilians include artillery fire, heavy-caliber mortars, and automatic weapons.

The unprovoked ceasefire violation this year till now is 2,340 in number. These violations had martyred 18 civilians and injured 187 innocent civilians

It is important to mention here that Pakistan invited foreign diplomats last week to take notice of India's border violation on the Line Of Control.

How To Lose Weight: Use Supplements

How To Create A Watermark In Photoshop

Strict Action To Be Taken Against Pilots With Fake Licenses