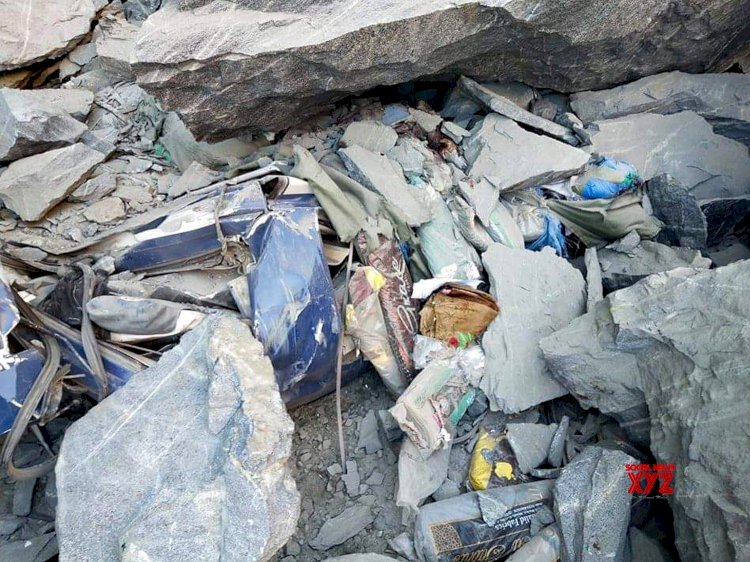 Land sliding on a bus has claimed the life of 16 people including four Pak Army soldiers on Sakrdu Road in Gilgit-Baltistan.

These martyred soldiers were Suna Khan, Asif, Irshad and Farooq.

This tragic incident happened at the  landslide at Tangoos area in Gilgit-Baltistan. There were 16 people on the passenger van.

This van was travelling from Rawalpindi  to  Skardu and the incident took place in midnight destroying the vehicle.

A relief operation was immediately started and the security and rescue teams rushed to the scene. They tried their best to rescue those under the wreckage.

All the dead bodies have been taken out from the debris and the search operation has been marked complete.

The bodies will be sent to the deceased families after identification as the directions of the Chief Minister.

Why Captain Safdar Arrested In Karachi?

Russia Becomes The First Country To Produce & Approve Their...