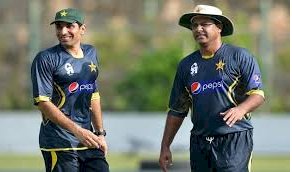 The chairman of the Pakistan cricket board Ehsan Mani informed reporters on the sidelines of the drafting session of PSL 6.

He also said that the meeting will review the yearly performance of the coaches in their presence.

Mr. Ehsan Mani also informed that the selection committee is also scheduled to meet on Thursday or Friday to decide on the squad for the home series against South Africa.

The green shirts are scheduled to play two tests and three twenty-twenty internationals against South Africa. The South African team is all set to arrive in Pakistan on January 16 about after a decade.

It is noteworthy that the coaching position of Misbah Ul Haq and Waqar Younas is in threat owing to the miserable performance of the men in green in all formats in New Zealand where they lost t20 and test series dejectedly.

Hong Kong Women Breaks Record For the Fastest Ascent of...