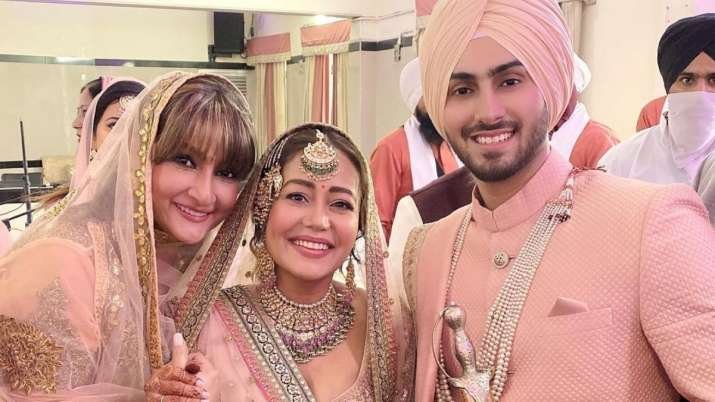 The wait is over finally Nehu Da Veya came into reality. On 24th October Neha Kakkar and Rohanpreet Singh got married in a traditional way by taking the "pheras" in a gurudwara in Delhi. The couple's wedding reception will be held today in Mohali.

Anand Karaj ceremony of the couple was held in Delhi. Neha Kakkar and Rohanpreet were wearing pink costumes on their wedding day. So far Neha didn’t share pictures from her big day. However, her family members and friends have shared some videos and pictures of their wedding.

Neha Kakkar was looking so pretty in her pink lehenga, on the other hand,  Rohanpreet Singh was also looking handsome. Here I want to mention both were wearing matching outfits for their mehndi function. Haldi ceremony of Rohanpreet and Neha was held on October 23. Neha also shared some photos with the fans and followers on Instagram from the Haldi ceremony.

The song Nehu Da Vyah was released on 20th October. In a video of Nehu Da Vyah's the couple has featured the song.