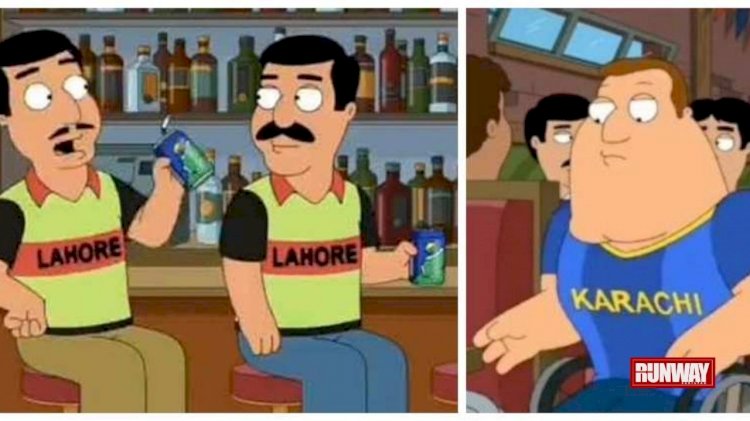 Family Guy, one of the most popular animated series of the 21st century, premiered their season 19 on September 27. Unexpectedly it was opened with mentioning the Pakistan Super League in the first episode Stewie's First Word.

The gang and Peter are at the Clam, the bar in the neighborhood which is crowded buy foreign sports supporters. Peter complains about them clogging the bar.

There are two Pakistanis in the bar who are fans of the prominent PSL Teams  Lahore Qalandars and Karachi Kings.

This season's Family Guy premiere launches with a joke about Karachi Kings and Lahore Qalanders pic.twitter.com/ipWCVGJ8wQ

Later many Pakistanis fans caught the vibe and retweeted the clip.

Some of the fans were not happy with the Lahori accent

Since when do Lahoris sound like that? Ignorant much. https://t.co/duJYPBy24U

Others were just happy for PSL

PSL making it's presence felt in an unexpected way https://t.co/Acw7kWsryM