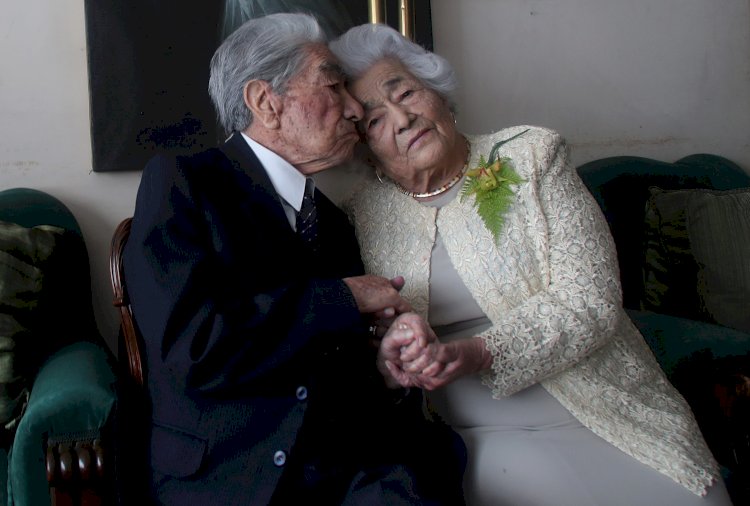 On February 7, 1941, Julio Mora and Waldramina Quinteros secretly married against their families.

Their secret marriage now makes them the oldest living married couple in the world. The sum of ages of both is nearly 215, according to the Guinness World Records.

Quinteros, 104, and Mora, 110, said in a statement to the Guinness team, "For us, it is a great honor to have a Guinness World Records title because it is the highest award the world acknowledges."

They added, "the secret formula of our long term relationship is love + maturity + mutual respect."

The duo first met each other through her brother-in-law, who was the cousin of Mora. Their relationship started as a friendship grew into something more. After seven years, they secretly tied the knot in front of their godparents and their most private friends.

They were married in La Iglesia de El Belen, the first church built by the Spanish in Ecuador's central city of Quito, where they reside.

They said that the love and maturity that we had as a couple from the start of the wedding allowed us to understand each other to define our future."

Julio Mora and Waldramina further expressed that it was not easy because our families did not have a good relationship with us. Though with the passage of time and patience, we were able to embrace them, we became the best reference for the younger generations".

Julio Mora and Waldramina Quinteros are both retired teachers and parents of five children, who all went on to get college degrees.