Case To Be Filed Against Mufti Kifayatullah For Speaking Against Army 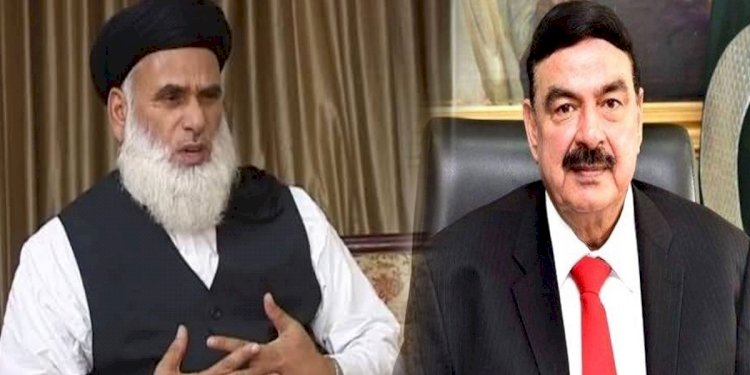 On Tuesday, Speaking to the media, the interior minister of Pakistan Sheikh Rasheed Ahmad said that legal action will be taken over the remarks against the Pakistan Army stated by the politicians and the first case in this respect will be filed against Mufti Kifayatullah in Lahore.

Sheikh Rasheed said in a statement “we will be filing a case on Mufti Kifayatullah in Lahore after gathering the complete information.”

It is important to discuss here that the federal government has already decided to take steps against Jamiat Ulema-i-Islam-Fazal (JUI-F) leader Mufti Kifayatullah over his anti-state remarks against Pakistan Army.

In a meeting of government spokespersons and PTI leaders headed by Prime Minister Imran Khan, the final decision to take action against Mufti Kifayatullah was decided.

In October 2019, Mufti Kifayatullah was also arrested by Islamabad police ahead of an Azadi March in Islamabad for publishing provocative remarks against national institutions.

the Interior Minister also said that decision of the PDM to resign from the assemblies has burst like a bubble after PPP decides against the move in its CEC meeting today.

He further said that Maulana Fazal ur Rehman will be very frustrated with the decision taken by PPP. For now, the PML-N would also have to wait till the next election.

“Zardari has played his cards well to secure his benefits,” Sheikh Rasheed said while saying that he had no information of meetings with Shehbaz Sharif and it was an internal matter of the PML-N.

He said that Prime Minister Imran Khan has played his cards well and the next year will be ruled by him owing to his better policies.