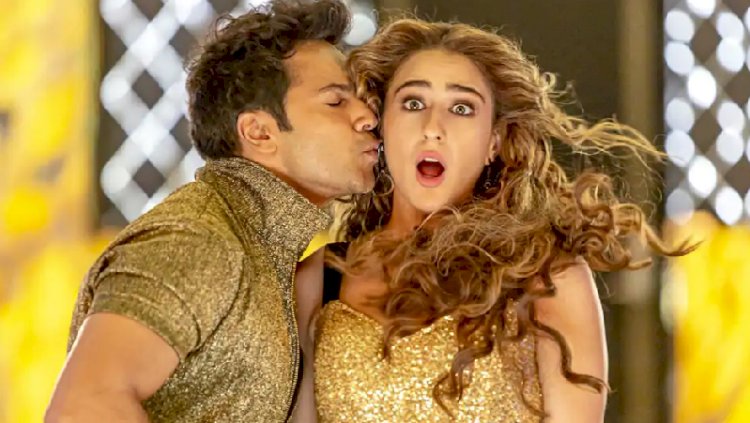 In the upcoming film of Varun Dhawan and Sara Ali Khan Coolie No 1 all of the songs are amazing but the song "Husn Hai Suhana" is the new party anthem.

On Wednesday, The producers of the movie Coolie No 1 published the latest track from the film's playlist and it will give you a 90's vibe once again. You won't be able to hold yourself from dancing and cheering to this song, which is brought back the memories of Govinda and Karisma.

In 1995 the song Husn Hai Suhana from Coolie No 1 has featured by Govinda and Karishma.

Sara Ali Khan Shared the music video on social media, with this caption: "Mujhe kuchh karna hai announce. So get ready for some masti, dance and bounce. I'm excited with my every ounce. Go running to watch our song, come on - time to pounce. Husnn Hai Suhana out now."