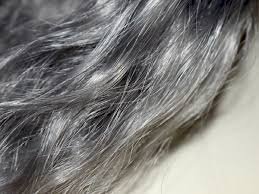 Although as per many people’s assumption, psychological stress results in grey hair appearing faster, experts have debated the link because of a lack of sensitive methodologies.

At Columbia University’s Vagelos College of Physicians and Surgeons, researchers have discovered the first statistical indication regarding the relationship between psychological stress and greying hair in humans.

The outcomes were published in the eLife journal (an open access scientific journal related to biomedical and life sciences). Though it may appear intuitive that stress quickens greying, the researchers were amazed to find that when stress is released, hair colon can be restored. This discovery contradicts a recent mice study according to which, stressed-induced grey hairs are permanent.

As per the study’s principal author, Martin Picard, Ph.D., associate professor of behavioral medicine at Columbia University, “the research has larger importance as compared to verifying age-old assumption regarding the effects of stress on hair color.”

Picard states, “By understanding the process that permits ‘old’ gray hairs to convert to their ‘young’ pigmented states could help in finding new hints about the flexibility of human aging generally and how it is affected by stress.”

“Our data increase a growing body of sign which demonstrates that human aging is not a fixed or linear biological process but maybe halted, at least in part or even temporarily reversed,” he elaborated.

Sajid Sadpara's Announcement of Searching His Father's Body on K2